In the current globalized world, the power of the Singaporean passport is truly astounding. The passport grants many visa-free perks while also not making the holder liable for taxes levied on offshore companies or investments. As such, it is not surprising that many foreigners in Singapore, they yearn to call the nation their home. In the past, this was a relatively easy task, but in recent years, permeant residency or citizenship has grown to be highly evasive.

Before the 2011 General Election, attaining PR status was fairly easy as the country was built on immigration and diversity. Consequently, there was no strong racism or bias against foreigners. In fact, the country has a healthy mixture of Chinese, Indians, Malaysians and Caucasians. In addition, English being the language for business, is widely used, allowing foreigners who are well versed the language to settle down quicker. 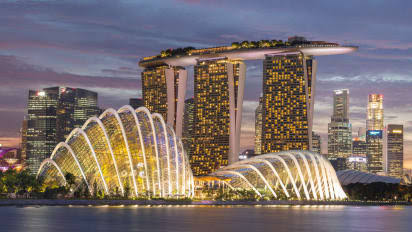 However, since the 2011 General Election, the Singaporean government has tightened the regulations governing the inflow of immigrants. Unlike in previous years, having good educational qualifications or a long duration living in Singapore may not guarantee you success in your application. Instead, new key performance indicators that have been added include the willingness and ability to contribute back to society.

These new requirements act as a response to Singaporeans who in recent years have complained about the influx of foreigners. In recent studies, it was found that most Singaporeans were welcoming of foreigners as long as the inflow was well managed by the government. In fact, they were aware that the influx of foreigners was required to keep a steady and positive economic growth. However, they also expressed unhappiness over the driving up of prices and loss of jobs caused by this very same influx.

As such, the Singapore government has sought to strike a balance between economic growth and social concerns. By placing artificial constraints on the influx of foreigners as well as increasing the number of criteria to be considered, the government hopes to recruit enough talent to keep the economy humming along, while not upsetting Singaporeans.

A good example of the change in direction is the requirement for applications to contain charity works that they have performed as well as an account of their daily experiences in Singapore. Both of these requirements act as proxy signals for whether in the individual in question will be a contributing and productive permeant resident.