For most computer users, deciding between a PC and a Mac is not usually a life and death decision, but try telling that to the diehard technology buffs, and you will have just stirred up a hornet’s nest. The PC or Mac debate is one of those tempests in a technological teapot that never ceases to calm down. Some have dubbed it the new Cold War, where getting an unbiased opinion from experts over a simple purchasing decision like a PC or a Mac is often an exercise in futility, leaving you wondering if that old Underwood Five typewriter is still in the attic. 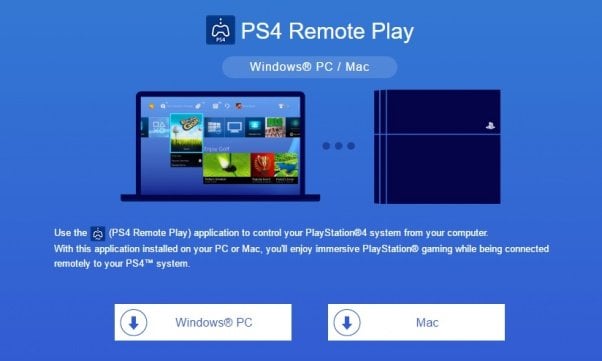 Article Summary show
RelatedPosts
It’s Ok to Say No to Technology for Your Kids and Why I Didn’t
What Every Investor Should Know About Options!
Android 6.Zero Marshmallow: What’s on the Cards?
Hardware and Performance
The PC
The Mac
Software, Applications, and Uses
The PC
The Mac
Conclusion

But do not despair. By the end of this article, you should be able to draw your own conclusions about your preferred choice and maybe, even add to the ever-dividing fanbase of either Gates or Jobs.

When deciding between these two computer titans, it’s important to keep in mind your needs before making any purchasing decision. This decision would have been fairly easy if we were to turn back the clock to the 90s. The Mac then was the design and print industry’s choice for all things graphic-orientated. On the other hand, the PC was confined to everyday use in the office and the home. This would have explained the exorbitant pricing discrepancy between both desktops then.

Today, this distinction has been blurred. Although the Mac still costs more than the average PC, it’s finding itself in more homes and offices than at any other time in Mac history. Therefore, dissecting the pros and cons becomes more important before investing any cash for these oversized gadgets.

So, let’s break it down and get you moving in the right direction. These comparisons do apply to both desktops and laptops.

Dollar for dollar, the PC offers more hardware specifications than the Mac, which for the budget-conscious, getting a PC requires no further deliberation. Intel-based dual-core CPU allows for blistering pace on the PC, even for the most general-purpose PC user with a budget of less than $1,000. If you drive a hard bargain, head over to Best Buy, and you could get a PC for less than $350.

Various PC desktop sizes are also available, from the small form factor to the full tower case types. Again, sizes directly relate to the needs of the user, so do not mistake an all-in-one like the Sony VAIO to have the same power handling and speed as a mid-tower case like Dell.

Even as a power-user, whether using the PC for gaming or turning it into a mini home-theater system while running business applications on it, the PC can still meet all those demands at a very reasonable cost. Bargain basement prices are the main reason why PCs still dominate the desktop and laptop markets. It is economically driven and caters to all segments of the buying public. Try as you might; you may never get a Mac for anywhere close to $350.

Performance-wise, PCs are still very cost-effective. Upgrading the graphics card, RAM, or hard disk space is still much cheaper than buying a new PC altogether. This makes it truly easy for anyone to customize their PC without worrying about maxing out their credit cards. Another advantage is that businesses running multiple PCs will have a much easier time finding replacement parts or upgrading components just because it’s so widely available at a meager cost.

As far as the operating system goes, Vista is the latest introduction from Microsoft, although Windows XP is currently the more stable version. According to Gartner, XP will be installed on more than 77 percent of PCs worldwide by the end of 2007, while Vista might crawl to just about 12 percent. This suggests that if you’re planning to get a PC, buying one with Windows XP installed is still the preferred choice over the latest Vista.

If you’re shopping for prestige rather than price, then Apple’s Mac is about as prestigious as it gets. Macs are about status, and status usually comes with a hefty price tag. Unlike the PC, there is no such thing as a truly “stripped-down” Mac. Hence, the PC is a better value dollar for dollar. But on the other hand, the Mac was never truly built for the budget-conscious. Rather, it was targeted for those craving an “appliance” with style and innovative design, and Apple rarely fails to deliver on this. You would only have to visit an Apple store for proof.

As far as performance goes, Macs are up there with the best of them. There was a point in history where PCs were leading the pack regarding how fast they performed. Mac’s G4 processors were never thought to be quite fast as the PC’s Intel Pentium 4. But, Apple changed all that last year when it announced that their Macs will now carry the Intel processor, just like PCs. Apple’s migration to Intel processors has made Intel-based Macs two to three times faster than ever before. But, that’s not all.

Apple has a new Boot Camp technology that allows you to run Microsoft’s Windows on Intel-based Macs. This means you can have the best of Microsoft and the Mac on one elegant-looking computer. Software compatibility issues will soon be a thing of the past, although power users will still find it difficult to customize and upgrade Mac’s hardware. The same problem applies to businesses using Macs because Apple maintains a tight grip on its supply chain.

Mac’s current operating system, the OS X, is reportedly far superior to Microsoft’s operating systems. Its selling points range from user-friendly interfaces with attractive, intuitive features to a more secure, stable, and virus-free operating system. These factors are usually enough to get the more security-conscious shoppers to hop on board the Mac bandwagon.

PCs certainly have a much wider range of software of varying purposes available compared to the Mac, giving consumers various options to choose from. This is why you’ll find most hardcore gamers preferring PCs over Macs due to the availability of gaming software.

Business users will find that Microsoft Office is sufficient to manage their documentation and presentations, hardly requiring extra bells and whistles to meet their business needs. Small businesses rarely need to go beyond what Microsoft Office 2003 and the latest Office 2007 offer, using add-on software only for better productivity. Also, compatibility issues are rarely a point of contention with Microsoft Office because most computers recognize its format. In other words, if you’re running a business and Office applications are all you need, then choosing a PC would be the ideal choice for you.

Other uses for the PC such as web surfing, online chatting, and e-mailing usually come as bundled software containing these applications, while additional peripherals are widely available in most electronic stores. PC manufacturers like Dell have made installing additional peripherals extremely easy, so long as your PC has the right ports (USB, FireWire, Ethernet, audio, and video ports) available. For instance, if you’re an avid photographer, loading photos onto your PC would require a USB or FireWire port to connect your digital camera to the PC. Most PCs today come with these ports pre-installed, so not to worry.

The tradeoff of having a secure, albeit tightly controlled, Mac operating system lacks choices in software. Mac fanatics argue that this lack of software compatibility means lesser technical issues to deal with. Business users on a Mac can quite easily exchange Microsoft Office files with colleagues or clients on a PC. A positive way of looking at things, but Mac users have no real need to complain about software issues.

But where the Mac really shines in terms of software and applications is in multimedia. In all honesty, the Mac is far superior to the PC when it comes to multimedia applications. If your business revolves around multimedia or multimedia is a serious hobby, getting a Mac is a must.

The iLife suite with the Mac provides full multimedia capabilities, allowing anyone to create professionally finished products. It is set up so that a complete novice will have no problems churning out quality audio or video products on the fly. Whether it’s buying music from the iTunes store, recording and burning DVDs, setting up a photo studio on your computer, chatting and communicating online, or blogging, the iLife suite has you covered. The Mac has become a necessary solution for digital lifestyle enthusiasts.

Choosing between a PC and a Mac really boils down to what you want to do with your computer and how you’re going to use it. If you want more bang-for-your-buck or more gaming options, then the PC is the way to go. If you’re leaning towards better stability, fewer system crashes, and security breaches, then the Mac is the superior choice.

Weigh the pros and cons against your needs, and you should be able to draw your own conclusions about the worthier computer for you. But, for the ultimate experience, why not buy an Intel-based Mac and run Windows on it? That could probably be the closest thing yet, to enjoying the “perfect computing experience.” 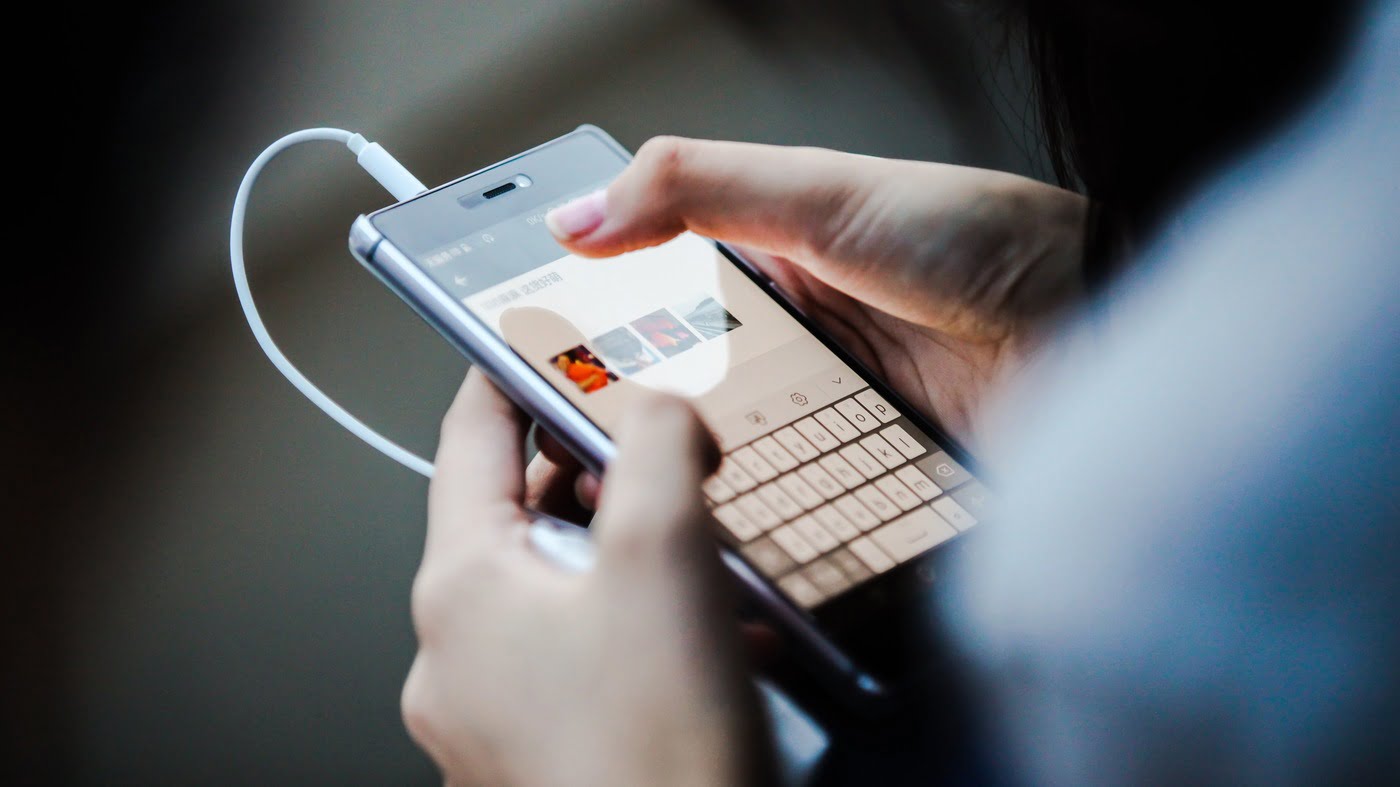 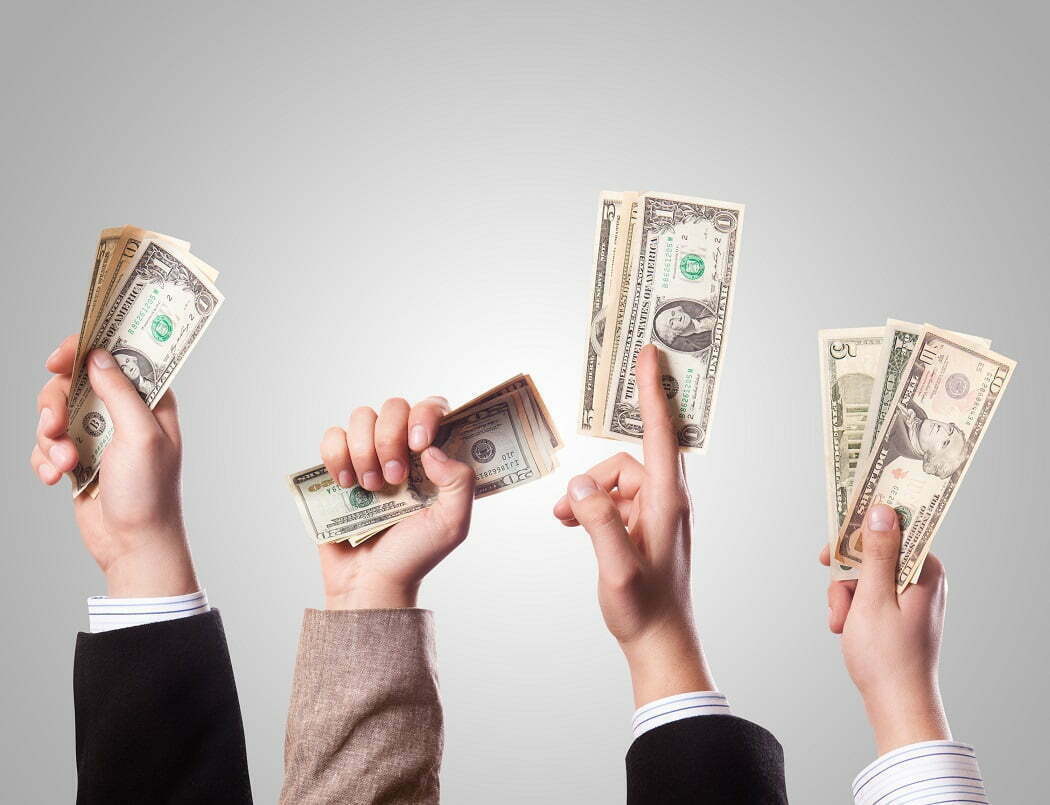 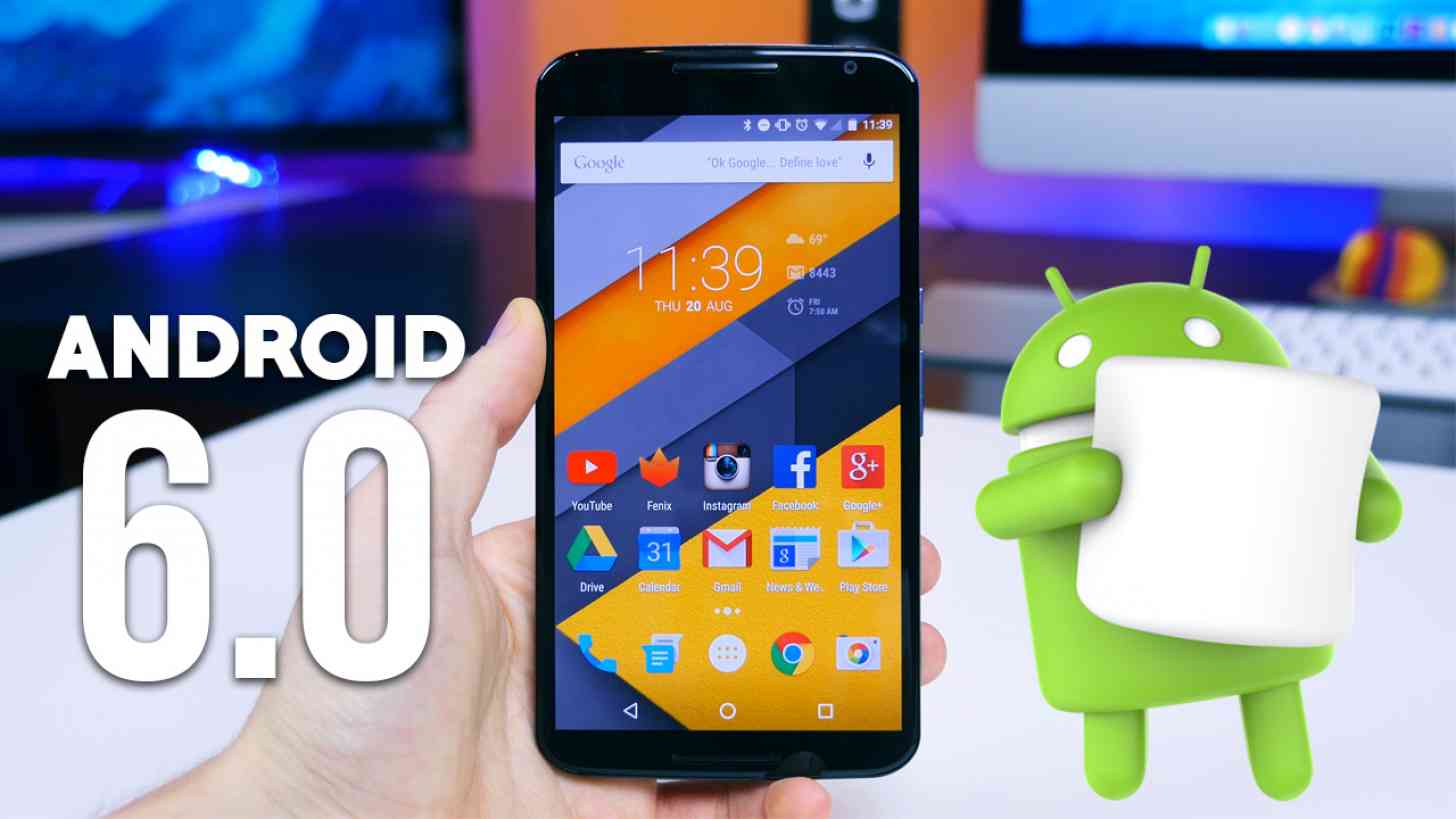 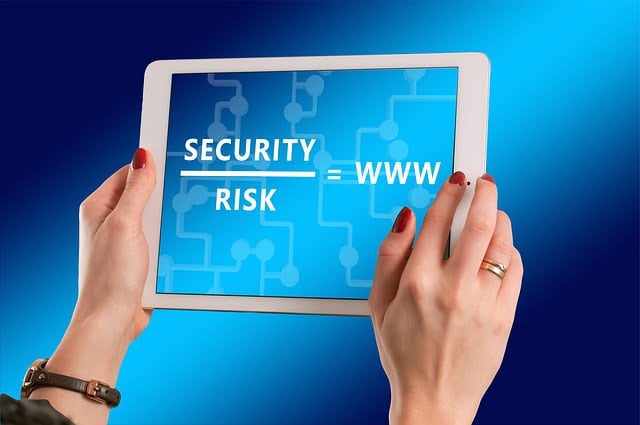 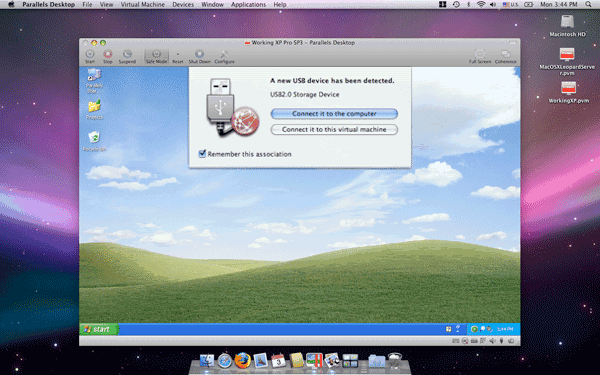 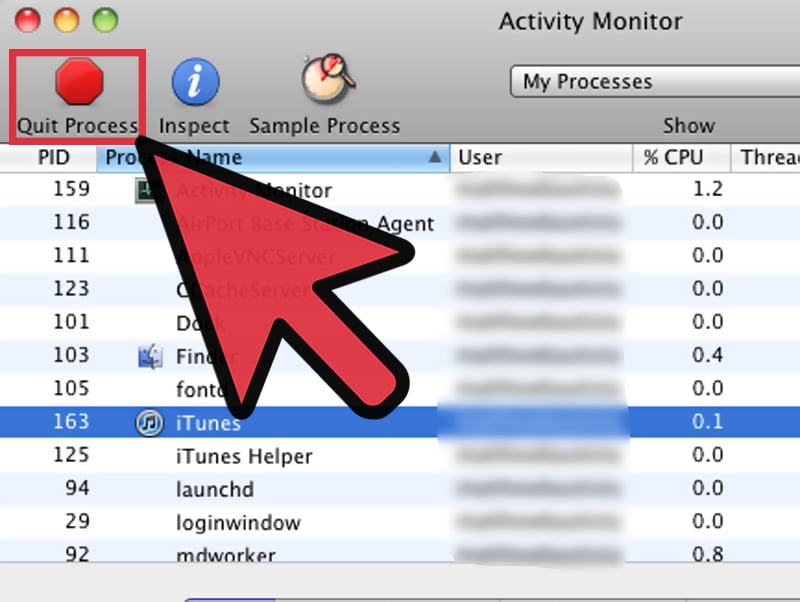